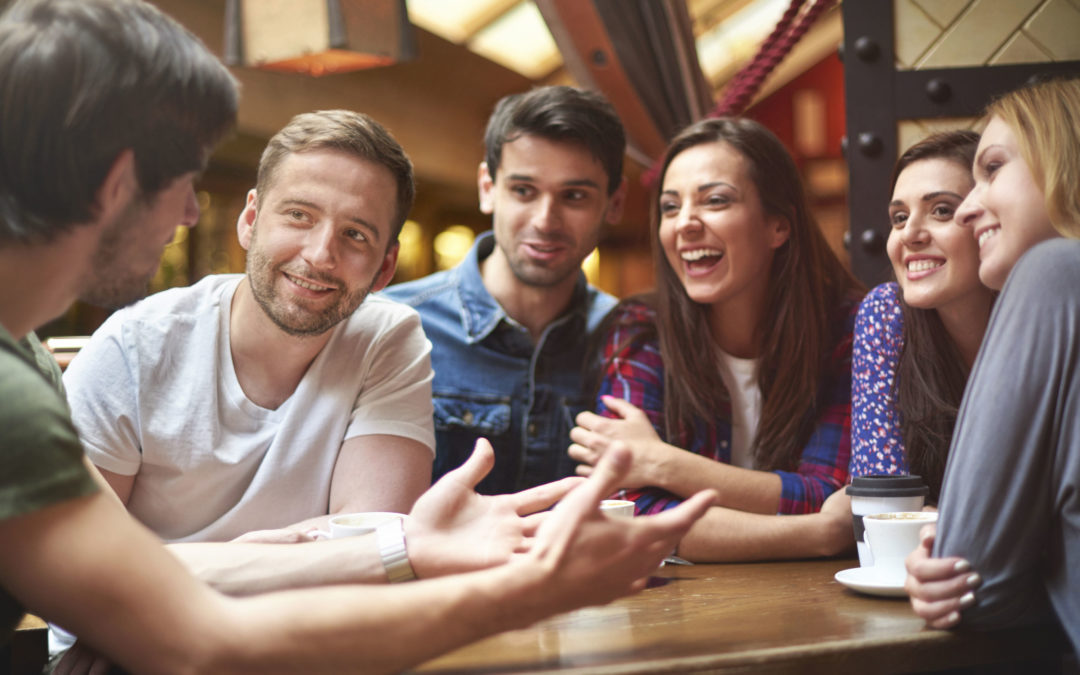 What Is The Difference Between The Spoken And Written Persian?

When you hear Iranians speaking in conversations, you’ll notice that they pronounce some words differently from the way they’re written. That is because in colloquial (spoken) Persian, some words are shortened for an easier comunication. Therefore, these words are pronounced differently from how they are written in books, newspapers, broadcasts, etc. Here is what you need to know when it comes to spoken versus written Persian:

The written Farsi is used in books, newspapers, formal letters, news, etc. The written format of Persian is called ‘ketaabi’ کتابی (of book) or ادبی (of literature).

In Persian Step By Step, the book, you will find clear guidance on changes from written to spoken Farsi. There you can easily follow tables like these, specifically made for each word. Here are some examples of patterns that teach you how to ‘speak’ like an Iranian fast:

For example:  ‘In medaad ast‘ ‘این مداد است’ (This is a pencil), turns into ‘In medaad eh‘ ‘این مداده’ in conversational Farsi.

>  In some words ‘aan ان’ in collloquial Persian is changed to ‘un ون ’ (pronounced as in the English word ‘noon’).

If You Speak The “Written Farsi”, You Might Sound Archaic In Iran!

Only certain Persian words are modified when transforming to the spoken form. However, these small changes make a big difference to Iranians’ ears. If you use the words in their written format (ketaab.i کتابی) in everyday conversation,  you will sound strange, funny, or even archaic to them.

Imagine you went to London and started speaking in Shakespearean language! People probably understand what you are saying, but it would sound strange and old fashioned to their ears.

Children learn only the spoken Farsi while growing up in Iran. They learn the written (‘ketaab.i’ کتابی) version when they start attending school.

The good news is, only few words change in the conversational Farsi.  For most Persian words, there is no difference between their colloquial and written format.

Writing In The ‘Spoken’ Format

There is a new trend in today’s informal conversations such as text messaging, where people write in the spoken format. This means that they write exactly as they speak.

For example one might write to a friend: ‘Man mi.ram madraseh من میرم مدرسه’ (I go to school). While the correct written format of this sentence is: ‘من به مدرسه می روم Man beh madrases mi.rav.am’.

It is also common to use a non-standardized transliteration of Persian words in Latin alphabet in text messaging and social media. 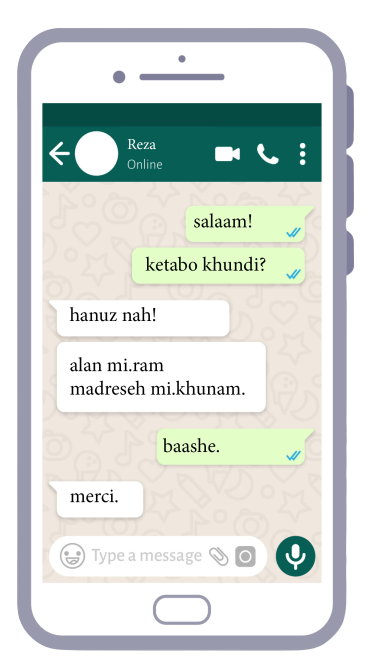 Therefore, if you are to write a formal letter to someone or  an institution, you should NOT use the spoken (colloquial) format in your writing.

Should I Use The Spoken Or Written Farsi?

Keep this in mind, the ‘written’ Farsi is exactly as it says: you use it only when you’re writing.  It doesn’t matter if you are in a formal or an informal situation, you do not use the written format when speaking.

Some books mistakenly categorize the written Farsi as formal, and the spoken Farsi as informal. This definition is not coherent and could be misguiding to beginners.

You always speak the ‘spoken’ Farsi, both in formal or informal situations.  You never use the ‘written’ Farsi during everyday conversations.

The only occasions the ‘written’ Farsi words might be used while speaking are in the radio and television broadcasts, news, or formal speeches (such as politicians).

In Persian Step by Step, when we speak of ‘conversational, colloquial, or spoken’ Farsi, we are referring to the accent of Tehran, Iran (Tehran.i accent).

Each city in Iran has developed its own ‘spoken’ form, accent, or ‘dialect’. For more information about accents or dialects of different cities, you may refer to sources such as: https://farsi.school/article/colloquial-vs-written-persian

Also keep in mind that the ‘spoken’ Persian in Afghanistan and Tajikistan differ signinficantly from the Iranian version. For example, Afghanis tend to still use the ‘written’ Farsi words in everyday conversations.